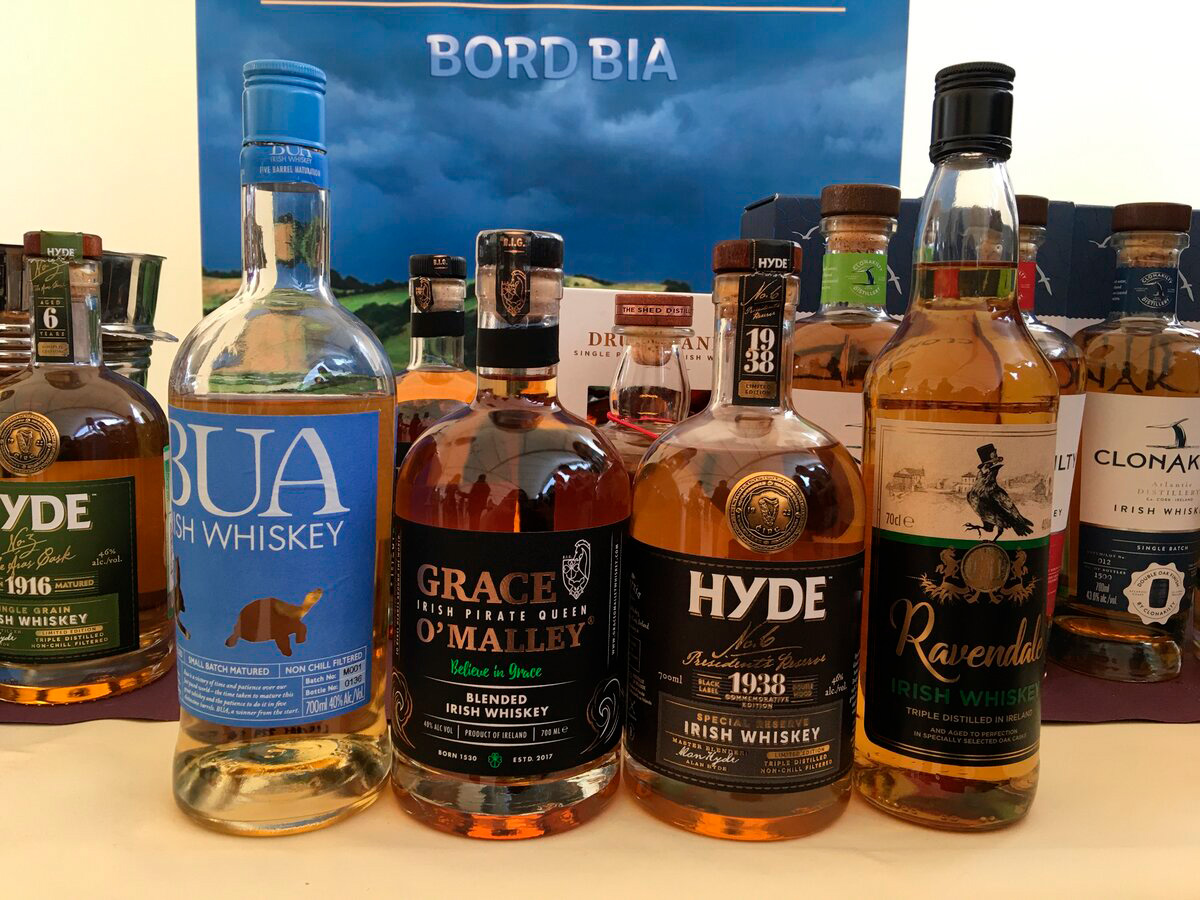 We all know that whiskey is the symbol of Ireland. And in the mid-19th century Irish whiskey was one of the most popular and sold whiskeys in the world. However, at the time it was a single sweat-styled whiskey, which was produced from a mixture of salted and uncut barley with or without the addition of rye or oats. And, at first, the leading Irish whisky producers oppose adamantly the invention of their own compatriot, namely a column of continuous distillation, believing that still alcohol (grain whiskey produced in the column) should not be considered whiskey as such. However, 100 years later, the fame of Irish whiskey fell to almost zero, and the symbol of the beginning of the revival was already a blend (mixed whiskey), ironically, under the brand of the family, just opposed to the use of neutral grain whiskey. Nevertheless, it was the Jameson blended whiskey (there are both cereal and sweat styled whiskeys) that became the main force for the revival of Irish whiskey. And now we are witnessing a new wave of the Irish whiskey industry. It was difficult to expect that all will immediately make whiskey in the historical style, because the tastes of consumers have already changed a lot, and therefore a new modern style of Irish whiskey is being formed. And blends mostly set trends, because it is the careful selection of blending components and allows you to get that light, soft and fruity, modern Irish whiskey. And after Jameson, new players begin to emerge. And so I want to consider 4 contenders, well, of course, not for the removal of the main king of Ireland, but at least for good interest from lovers of Irish whiskey. Some of them are already available in Russia, some are on the way. So, let's begin. 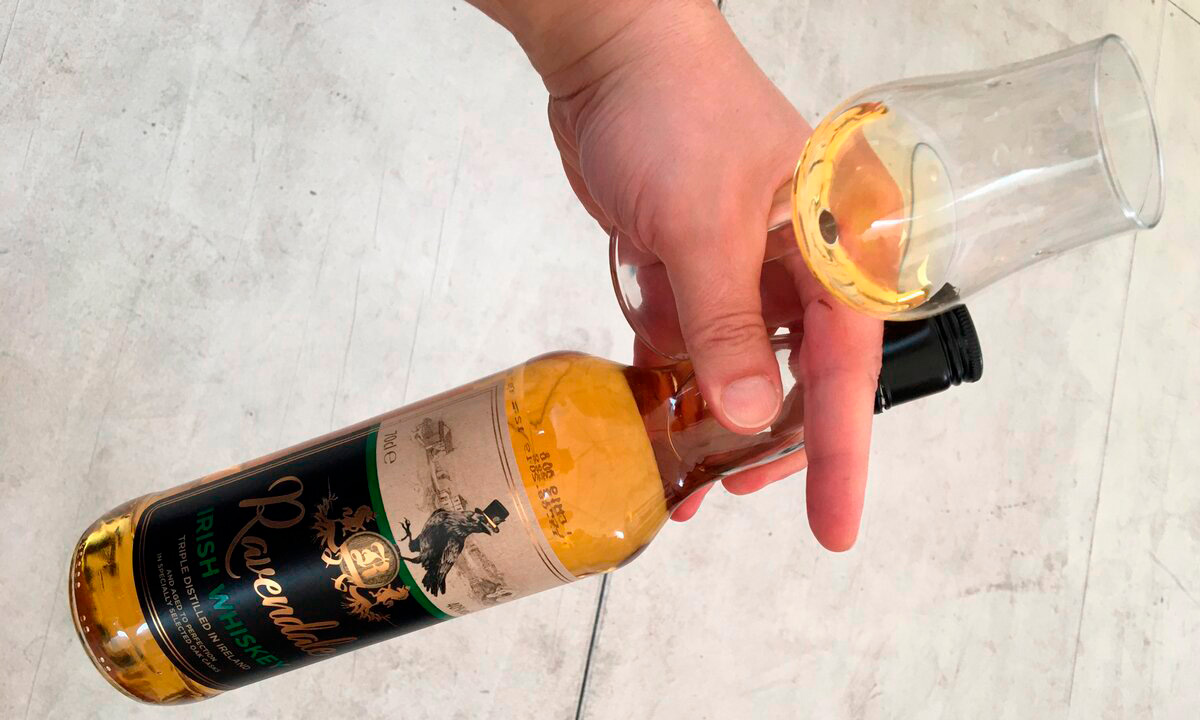 This blend is made on the basis of the products of The Great Northern Distillery, which was created on the basis of the Great Northern Brewery, where for a long time, until 2013, Harp Lager was produced. In 2015, one of the largest private whiskey production facilities was launched here with a production of about 16 million liters per year. It produces as well as single malt whiskey triple or double distillation, peaty and non-peaty, sweat style whiskey, as well as grain whiskey in columns. Whisky from this production is actively used by small companies that produce whisky under their brand name.

And so, Ravendale is a young blended whiskey from 3 years old. And this youth and aggressiveness of grain alcohol can be felt from the nose to the aftertaste. On a good side, it is cocky, fruity with hints of honey, light, but slightly rough whiskey. At a price of about 1000 rubles on the shelf in the store, this whiskey will be a good alternative to the usual brands, as well as be very good in the cocktail theme. 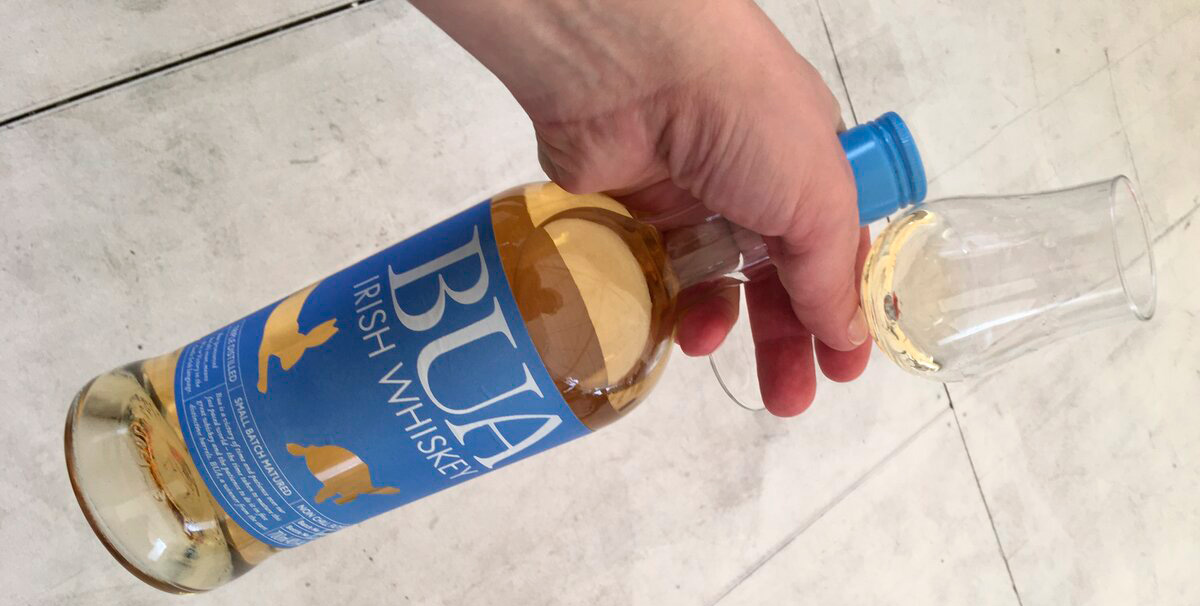 Bua, pronounced buua, in Gaelic means Victory. Bua is not a distillery, not an old Irish surname, not a person or a place. Bua Irish whiskey is whiskey for outsiders. This is how it is positioned by the creators Martin Kennedy and Pat Byrne. The presence of a turtle on the label is an echo to the fable of Aesop, a kind of support for all losers and outsiders, for whom this whiskey was created. To create this whisky were selected cereal and malt whiskey triple distillation, age from 3 to 6 years, which were aged in 5 types of casks: bourbon; re-burned cask of French oak; port cask, where the 10-year-old toni port used to be stored; casks of the first filling from under the white moscal; as well as casks of sherry oloros. No cold filtration or colorants were used during bottling. As conceived by the creators, this combination will allow you to get real high-quality Irish whiskey.

What eventually happened. Bua Whisky is light, in color as white wine, fresh and light, with notes of wood, fruit and citrus, as well as vanilla and flowers. It is very light, fresh and soft in taste, with light notes of wood, fruit and apples. The aftertaste is short, with a slight bitterness of grain alcohols, vanilla, hints of creme brulee, warming spices and noticeable notes of wood. A good, balanced whiskey, with a noticeable hint of grain spirits, but it is quite well smoothed and does not spoil the overall picture. Good companionable whiskey. If we have it on the shelf at a price of about 2,000-2,500 rubles, it can find a lot of fans. 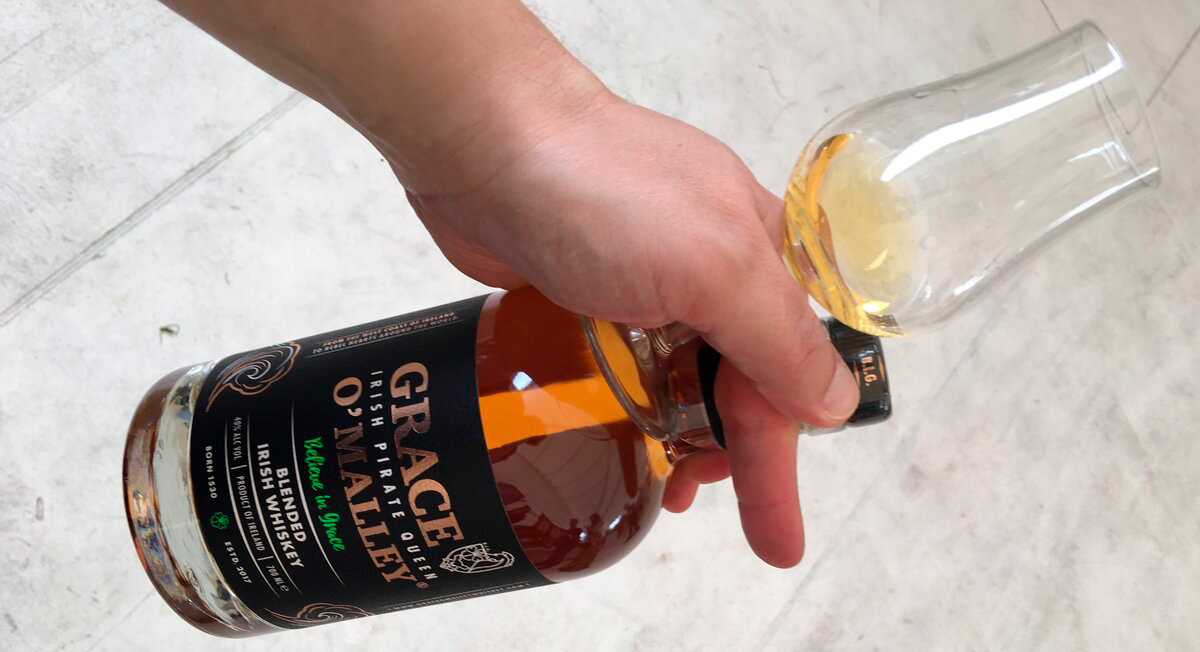 The whisky is named after the real-life legendary Irish pirate queen Grainne N'Mh'ille/Grace O'Malley, also known as Granuaile. She was born into a family of Irish nobility in Co Mayo in 1530 and was a charismatic leader and fearless sailor. This is a special blend consisting of whiskey of different ages from three to 10 years. The grain whiskey is aged in bourbon casks and the malt whiskey is aged in rum casks. The result should be a whiskey that is perfectly balanced in taste, age, complexity and softness. Well, let's check.

And so, the whisky has a golden color. The aroma is light and fresh, with a slight alcohol content of grain whiskey, and notes of caramel, fruit, vanilla and wood. It tastes slightly harsh, grain alcohols are noticeable, but not critical, notes of fruit, baked apples and dryness from wood are noticeable. The finish is short, with hints of vanilla and pastries, spicy with a slight bitterness of grain alcohols, as well as fruits and sweetness of baked apples. Good potable whisky. Slightly inferior to the previous one, but also good for big and noisy companies. Well, and I think he will be well received on water travel, because a fearless warrior and sailor will provide reliable protection ;-).

The HYDE family has a long tradition in the production of beverages in Ireland. And now they began to produce whiskey in the best traditions of the family. Whiskey is selected at the best production facilities in Ireland, aged in our own warehouses, then blended and finished in various casks. This kind of whiskey production was widely spread in Ireland in the 19th century. According to information found on the Internet, this whisky is a mixture of 8-year-old grain whiskey and 18-year-old malt whisky triple distillation with a ratio of 75/25. Knowledgeable people will easily understand that alcohols come from Middleton and Bushmills respectively. After their grain and malt whisky were mixed, it was kept in casks of sherry for another 9 months, and then bottled with a strength of 46%. Whisky does not undergo cold filtration, and the caramel for coloring is not used.

The whiskey has a golden color. The tip is light and fresh, with hints of vanilla, fruit, oily and floral. The taste contains the bitterness of grain alcohols, as well as notes of apples, fruits, caramel and dry wood, the body is quite oily. The aftertaste is short, with hints of vanilla, spices, wood. Good balanced whiskey, though from such a specification you expect more. In fact, this is a good drinking blend that will easily find its fans.

All these samples above are very good representatives of the new generation of Irish whiskey. All of them are worthy of attention and will find their fans.

This article is not for advertising purposes and is the personal opinion and experience of the author.